In the 90’s, there was a branch of the Parents Association (APE) in Penthalaz. This association was very active. The school patrols, the supervised studies and the youth room were all born from it. These three activities, although they have evolved over time, are still alive. At the time, several teenagers from Penthalaz had contacted the APE to ask for the opening of a youth room. At the same time, in Cossonay, an Open Air stopped. This is where the idea of a mini-festival was born; the Rock’n’Air, whose profits would be used to finance the first expenses of the local. This first festival had a very favorable echo in the village, it was sunny, it was hot and the success was immediate.
We will remember that the stage was a semi-trailer and that the groups were essentially from the region! With this success, this craze, these ideas which sprang from both sides, this friendship which bound us, we thought that it would be a pity to stop in so good way. And this was the birth of the association La Cool’Hisse.
At the end of 2015, the Venoge Festival became independent. La Cool’Hisse separates from its “baby” to concentrate on other less energy consuming activities. The Venoge People Association is created with some old and new members.
Twenty-five years later, the Venoge Festival is stronger than ever. And the anniversary celebrated in 2019, as well as the previous editions, prove its good health and the powerful link woven with the inhabitants and companies of the entire Gros-de-Vaud and Lausanne region.
In 2022, after 2 years of COVID had prevented any festival of this size from existing, the Venoge is back in Penthaz on a new site 1.3 times larger. It is an edition of all records with 43’000 festival-goers.
The magic always works at the Venoge Festival! 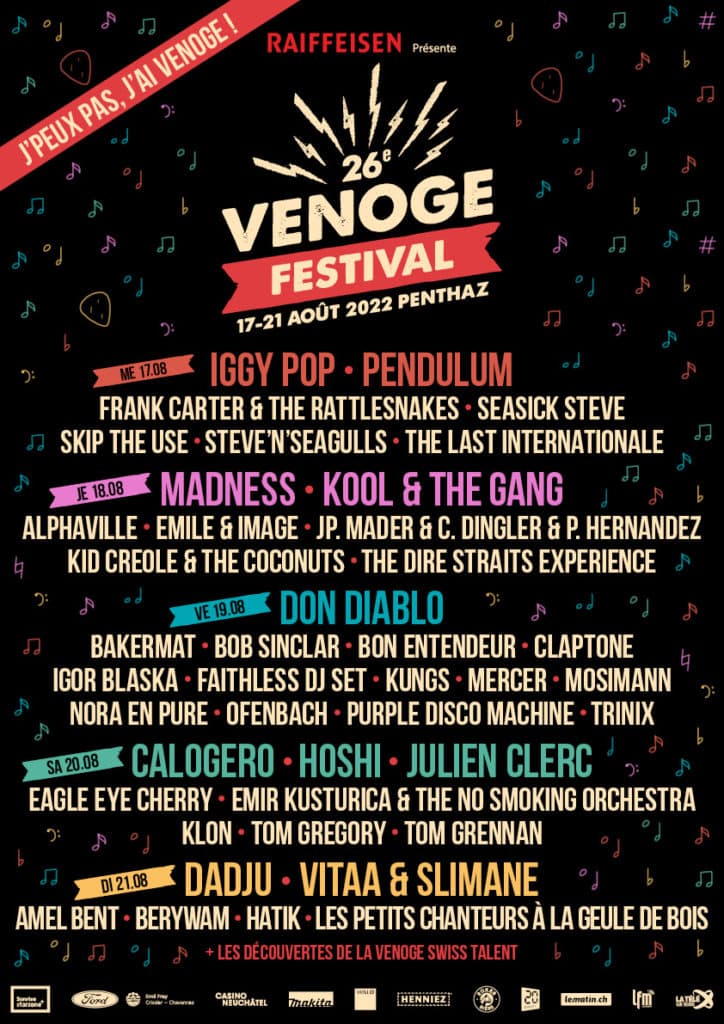 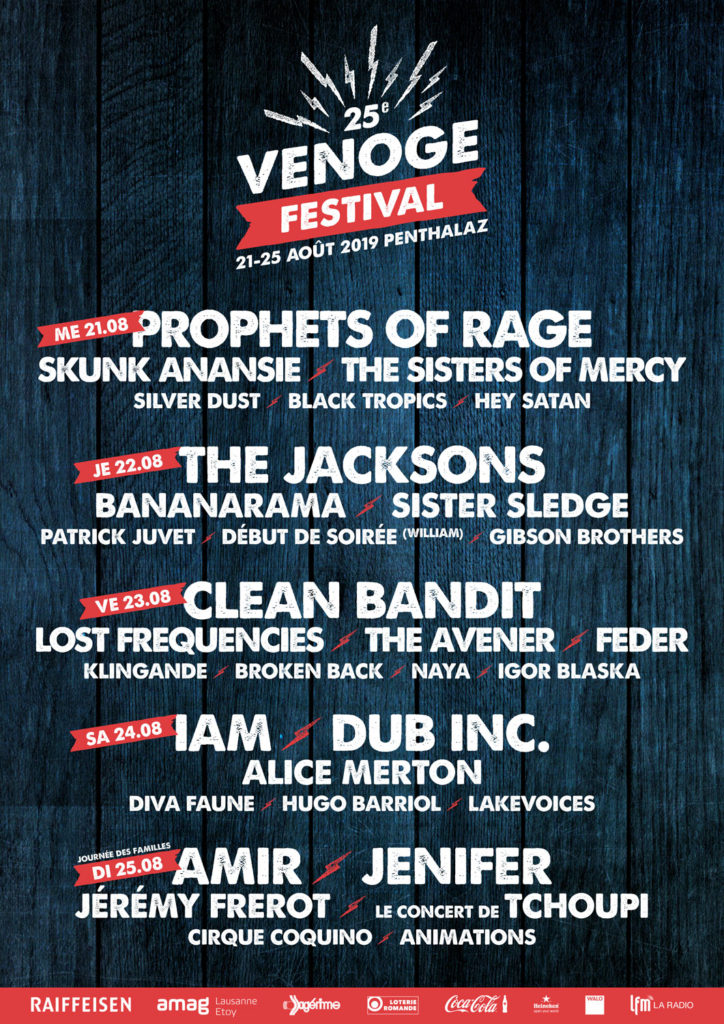 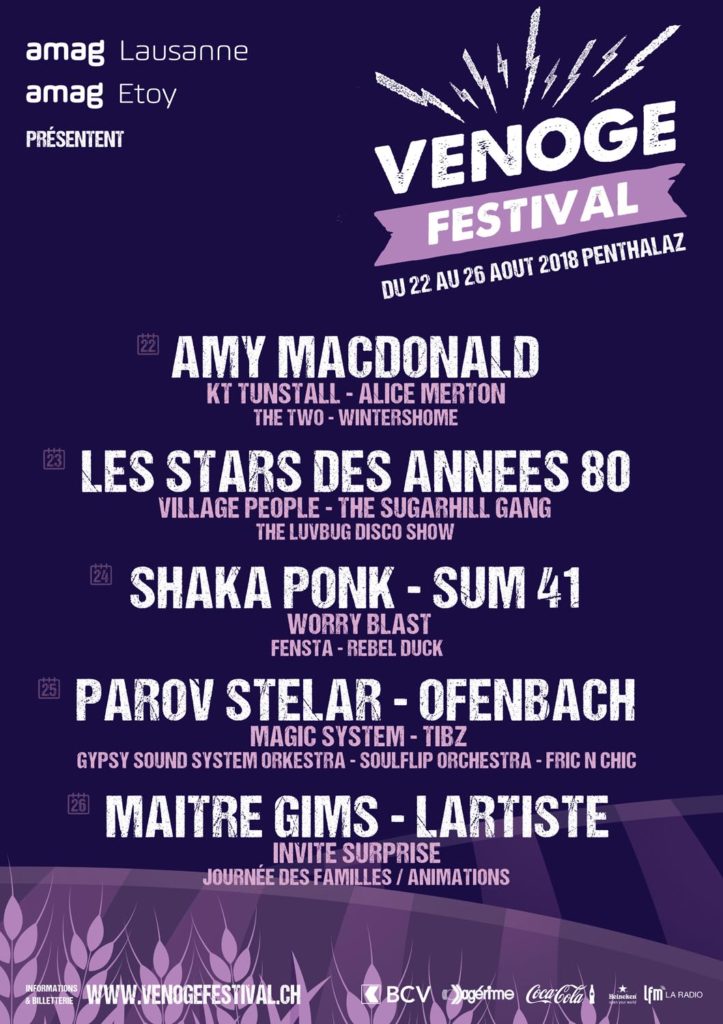 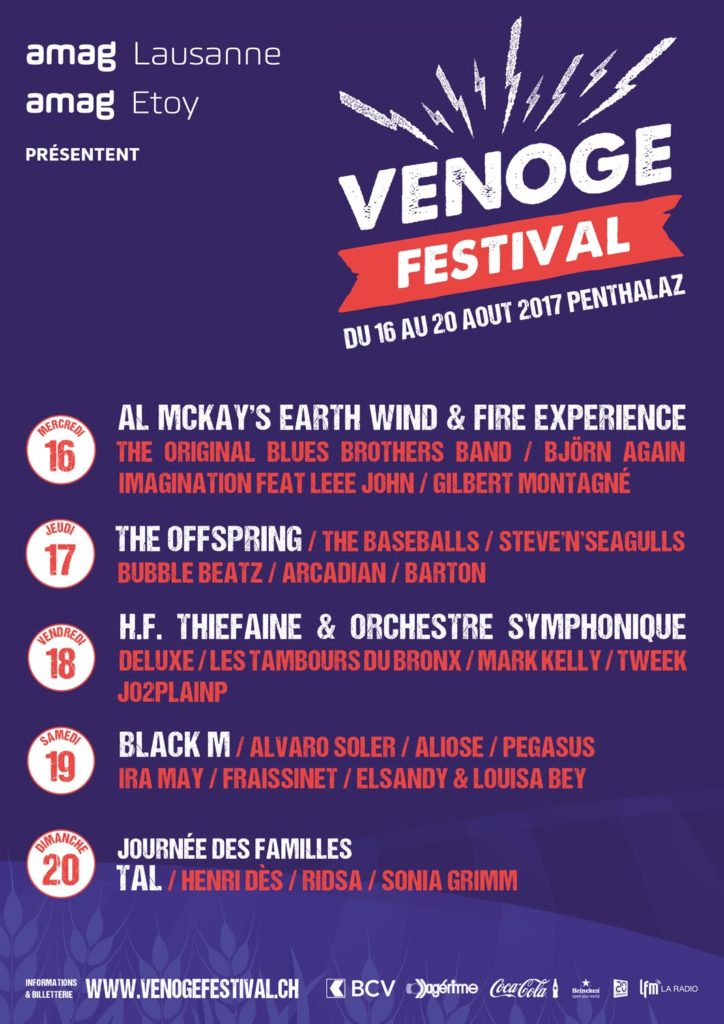 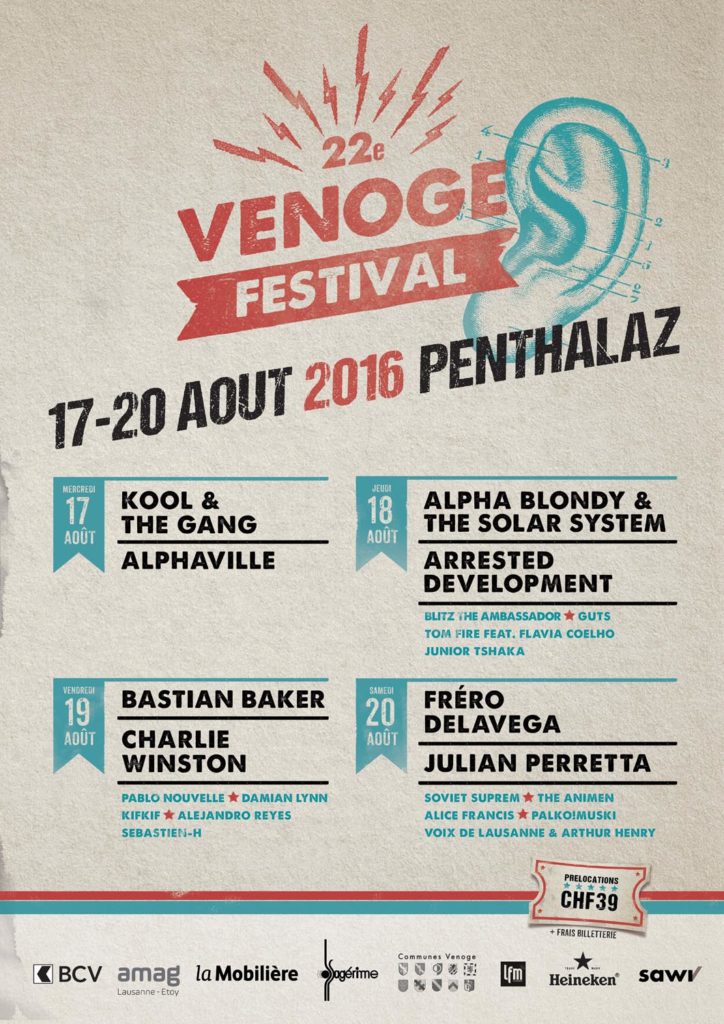 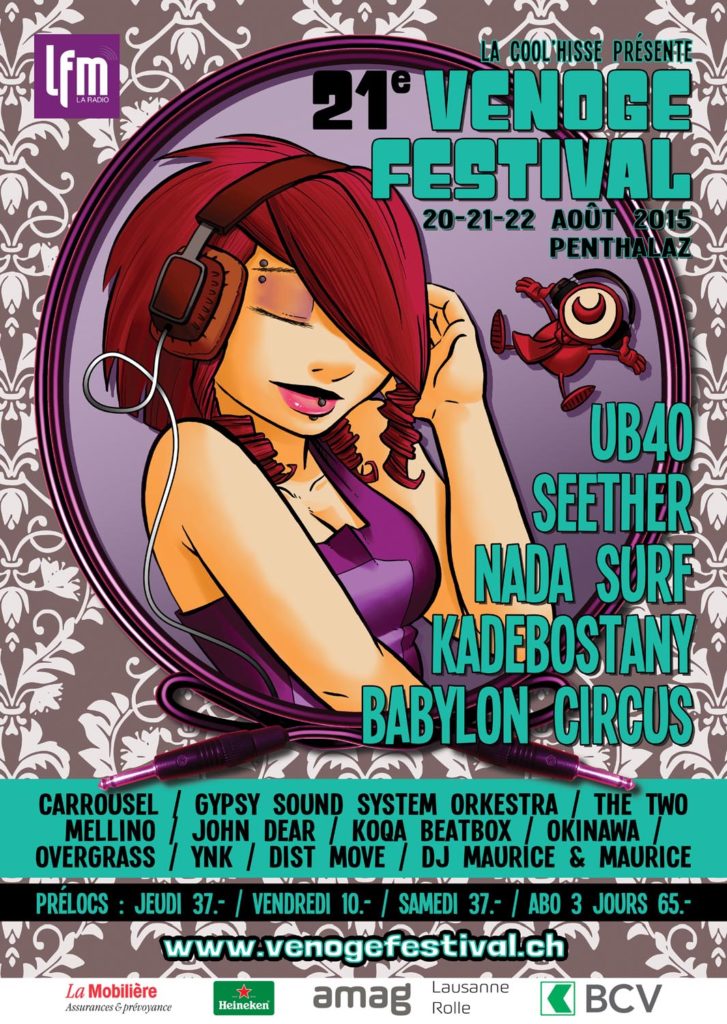 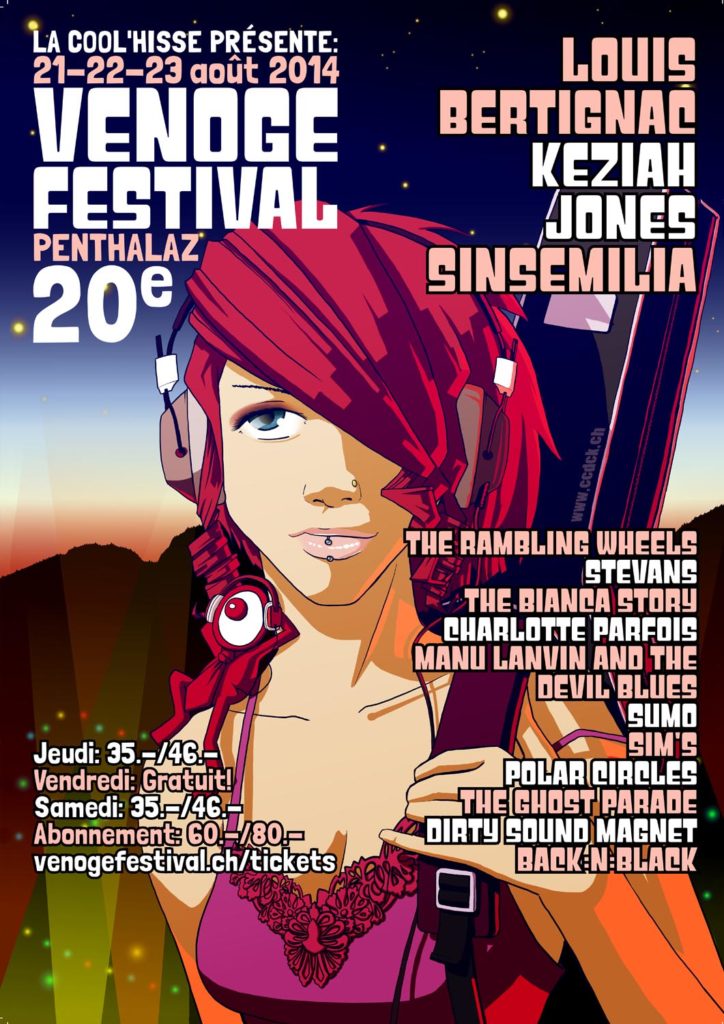 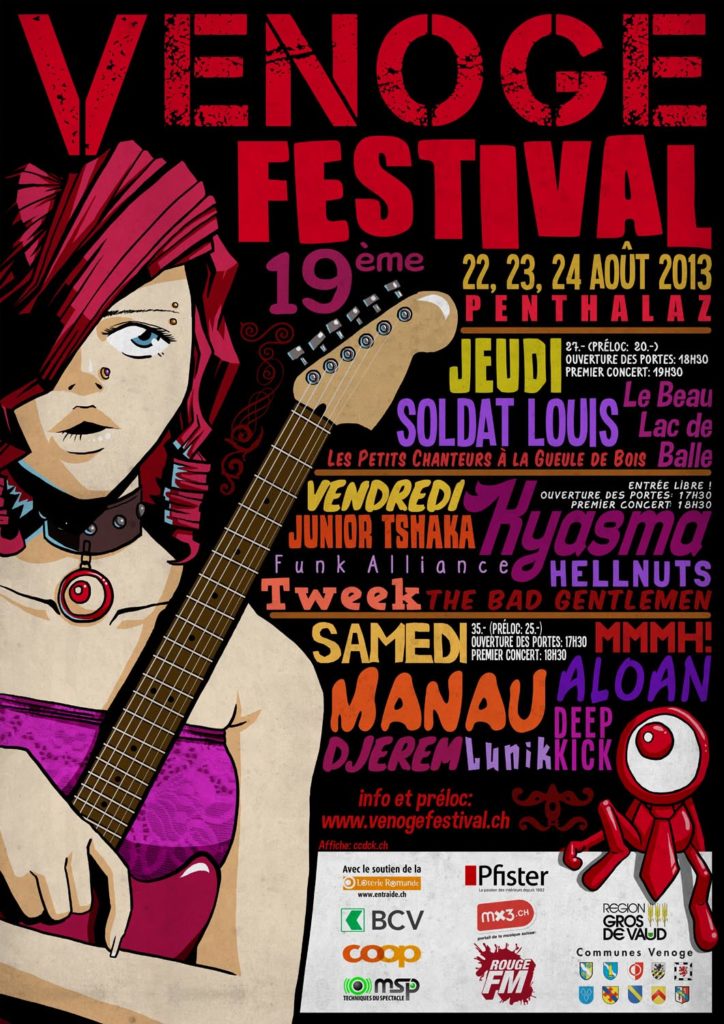 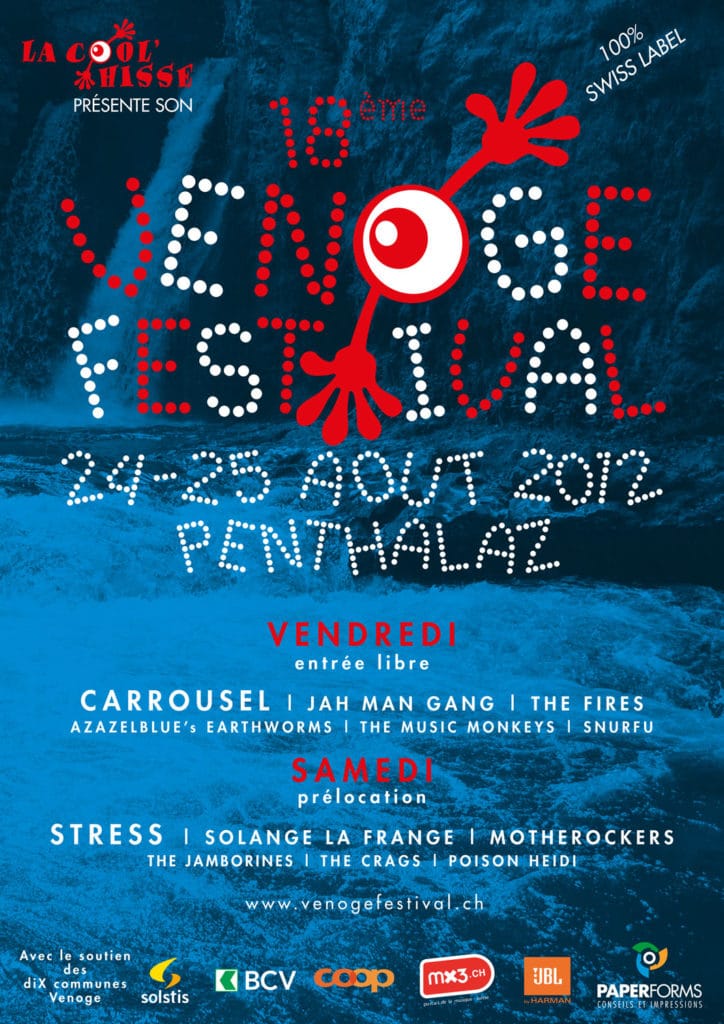 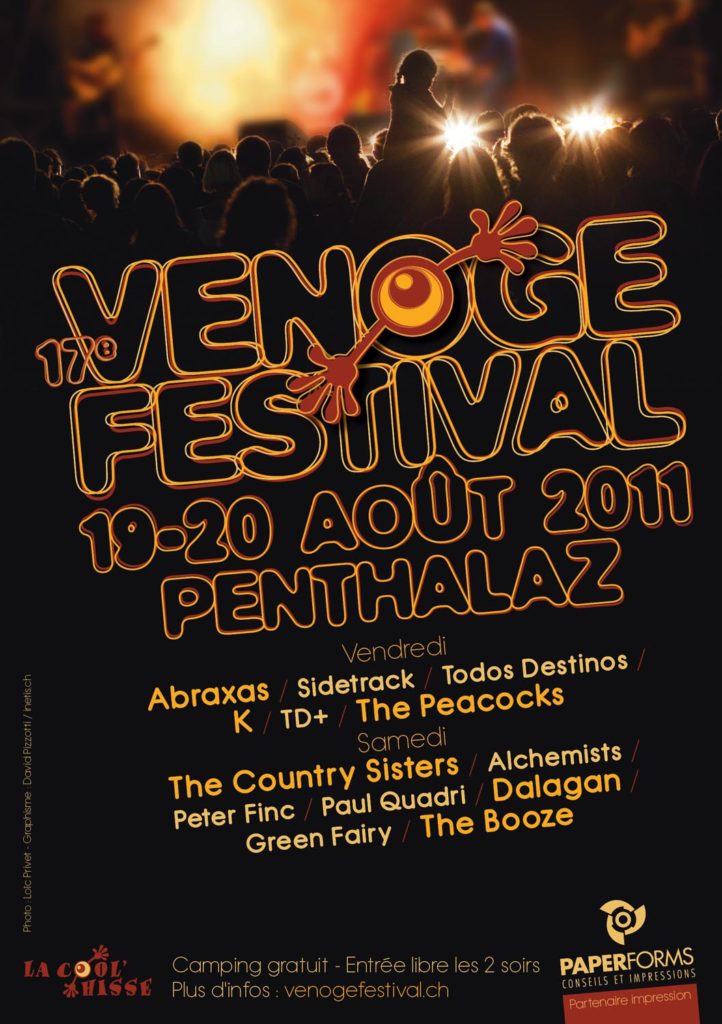 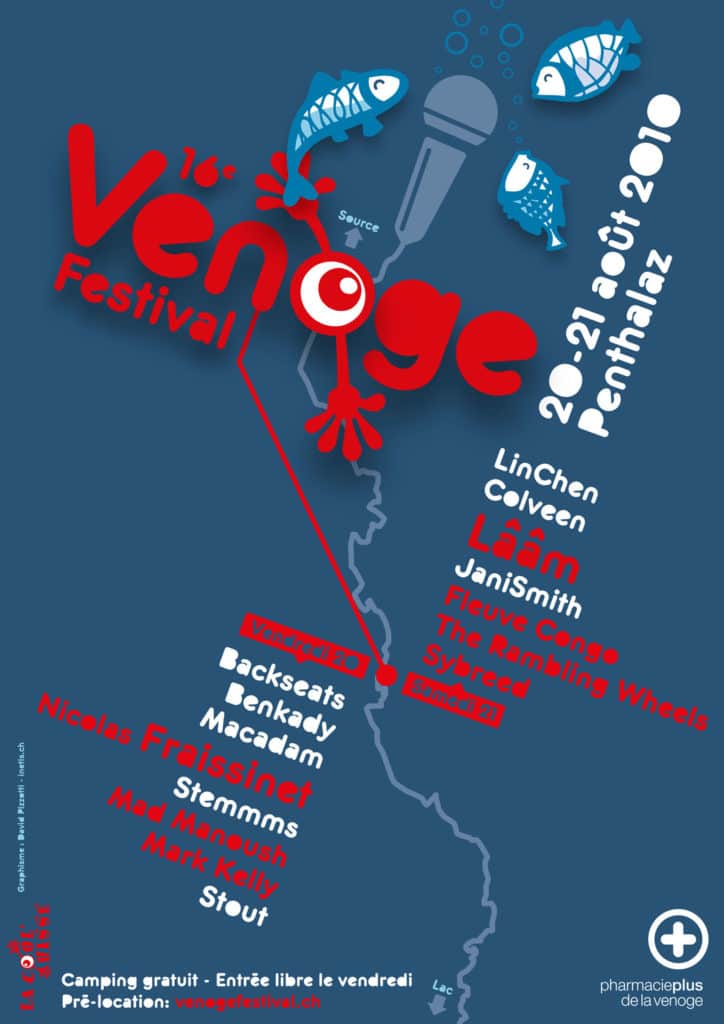 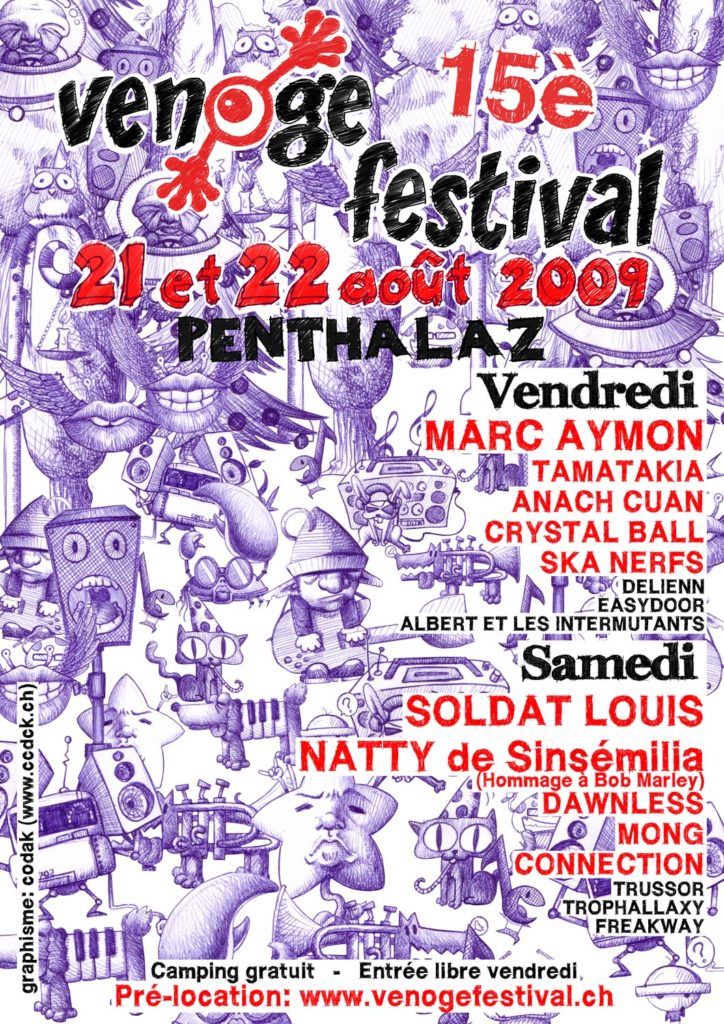 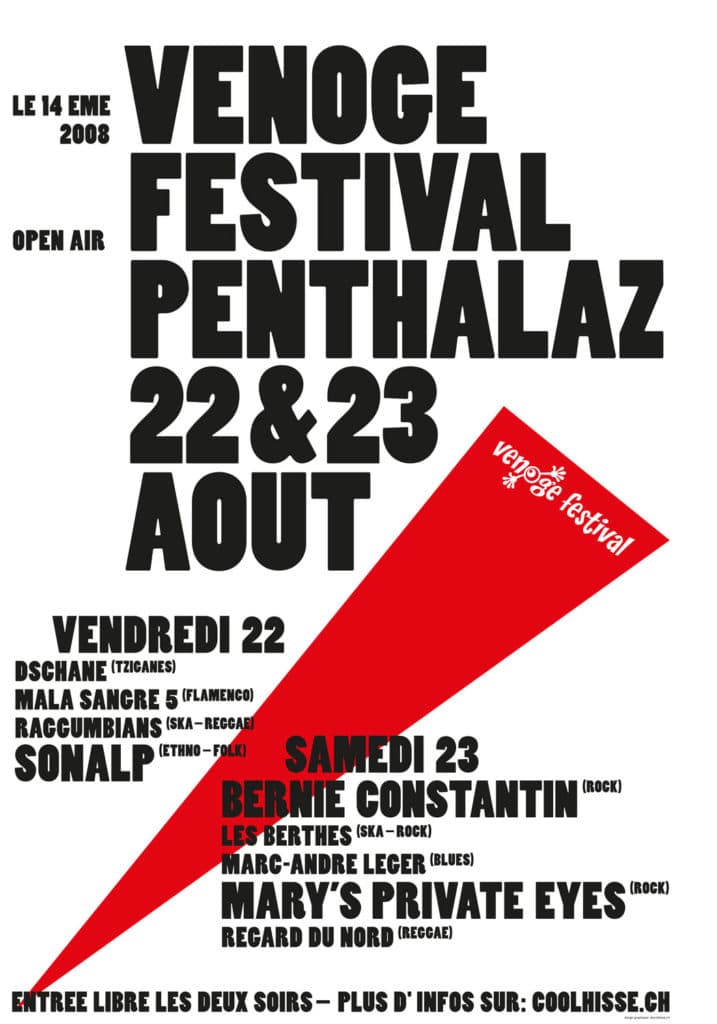 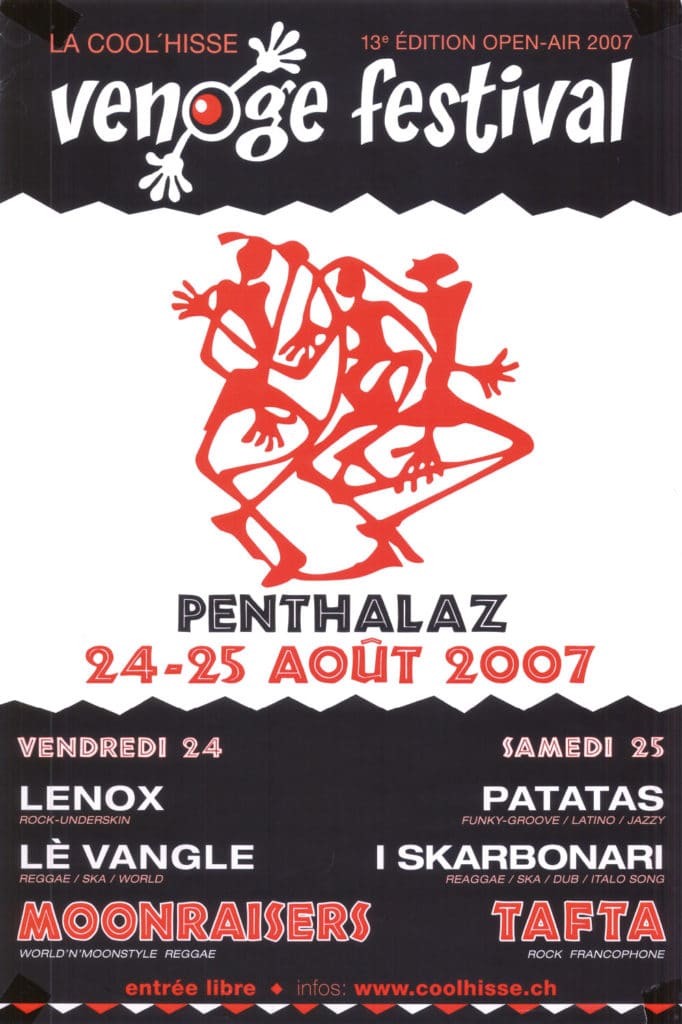 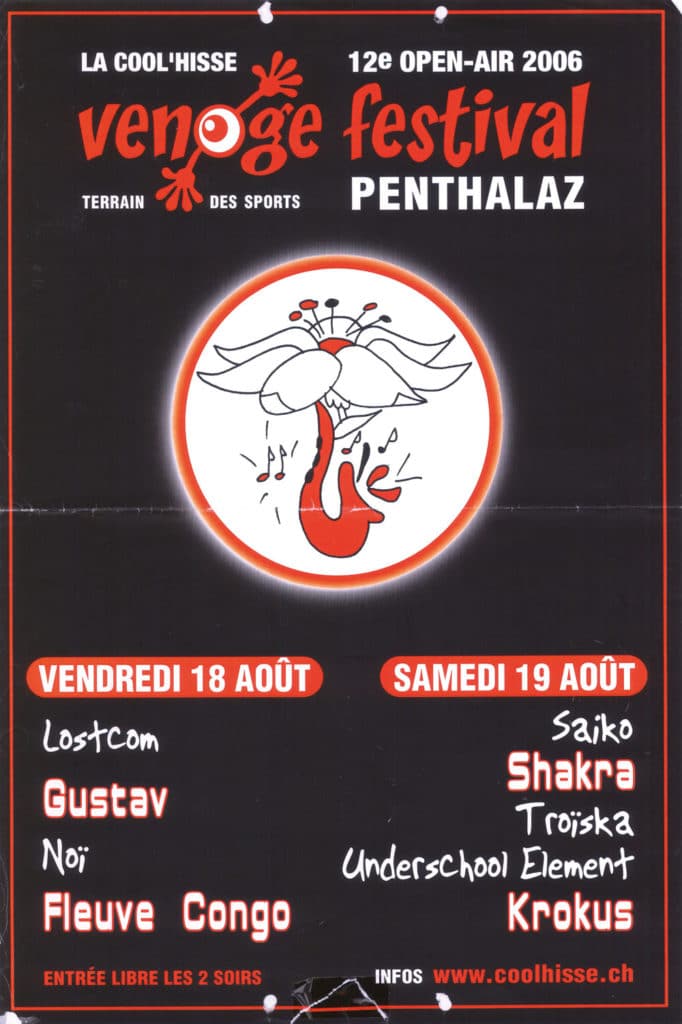 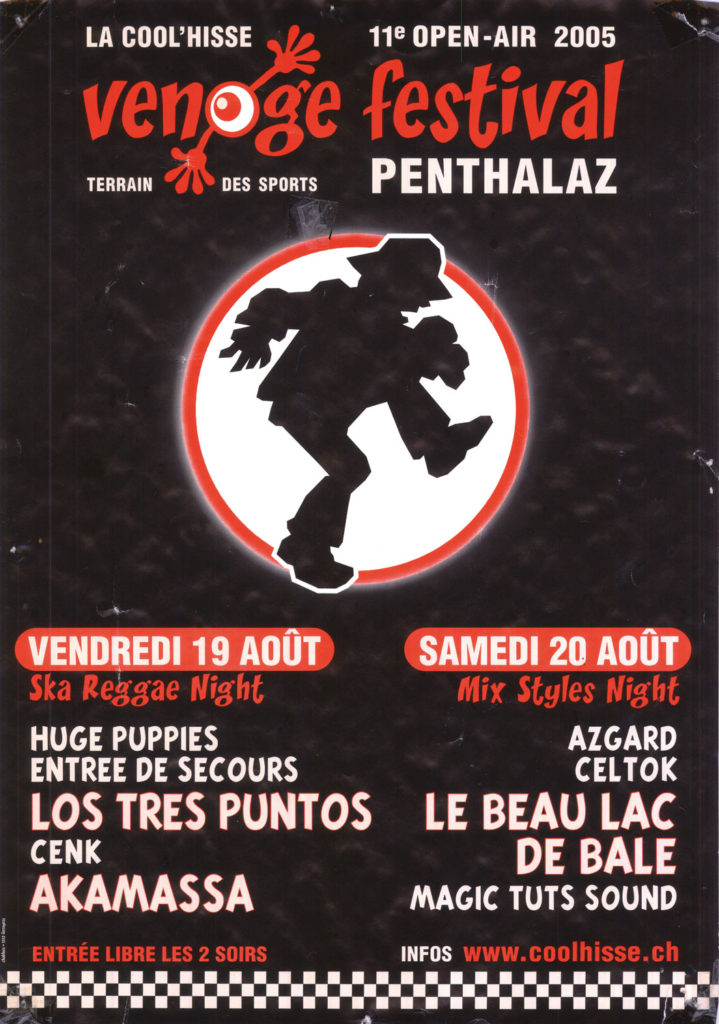 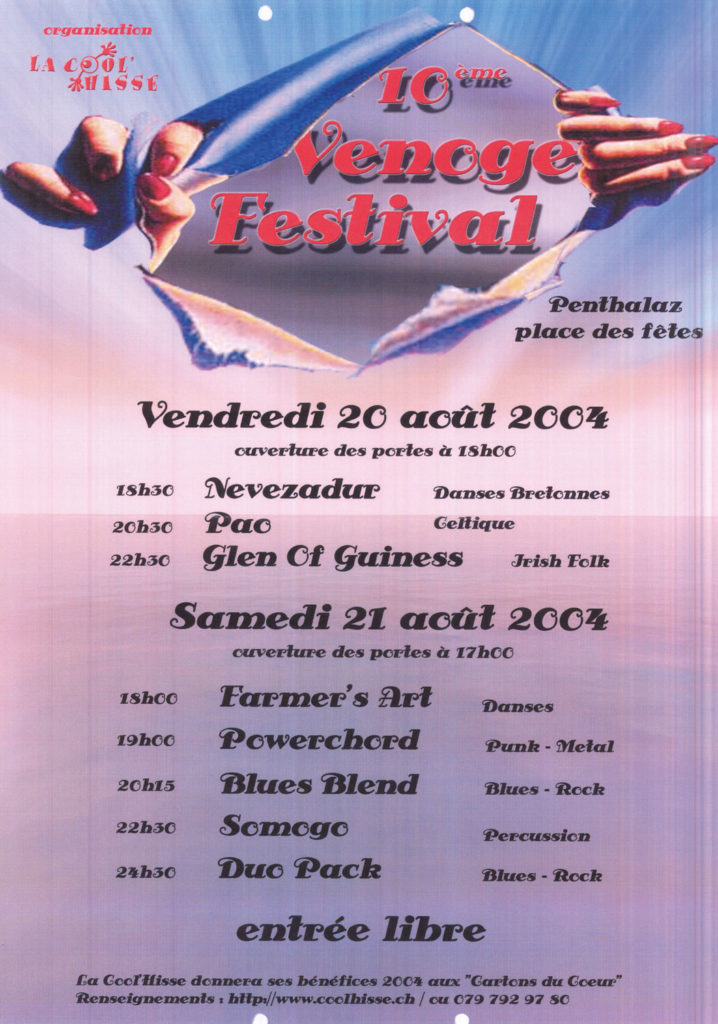 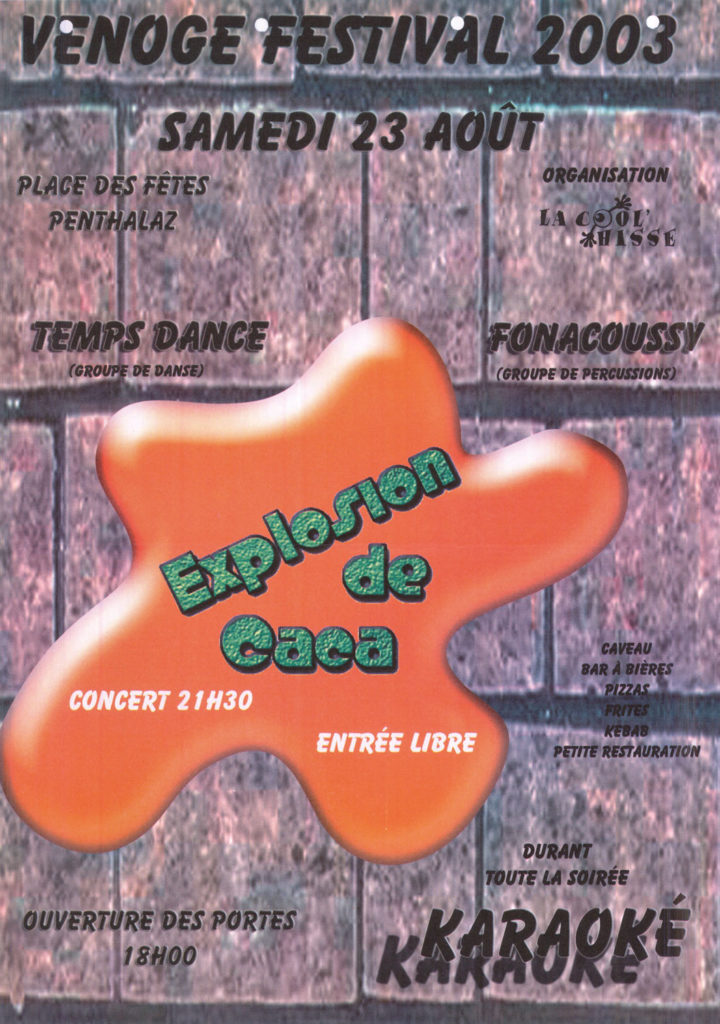 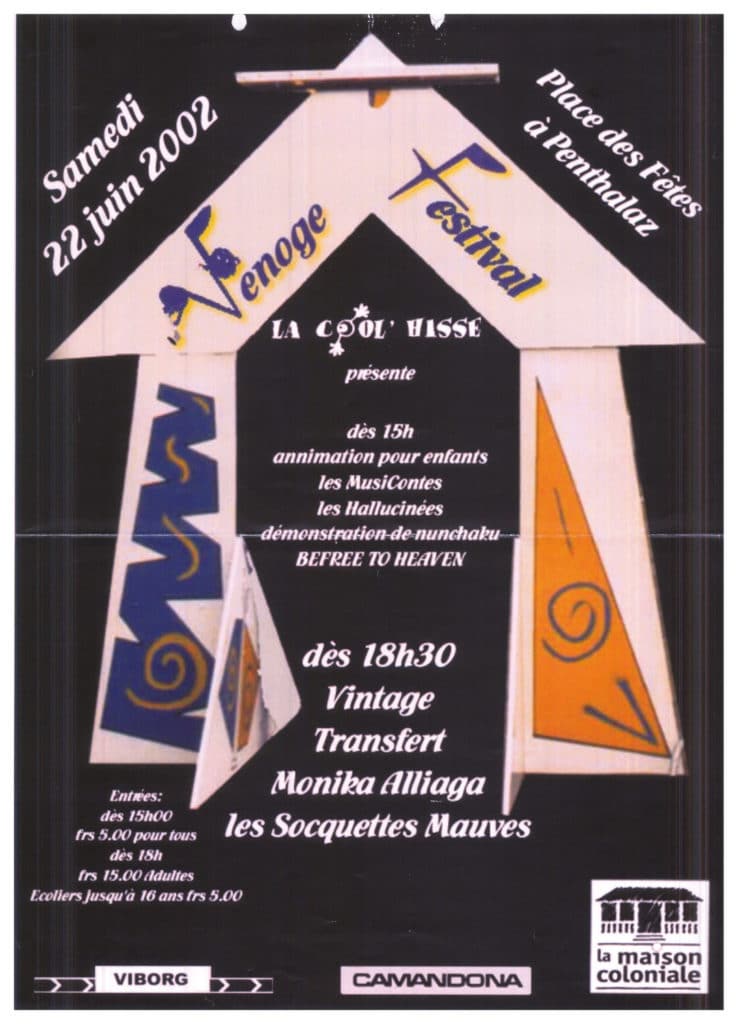 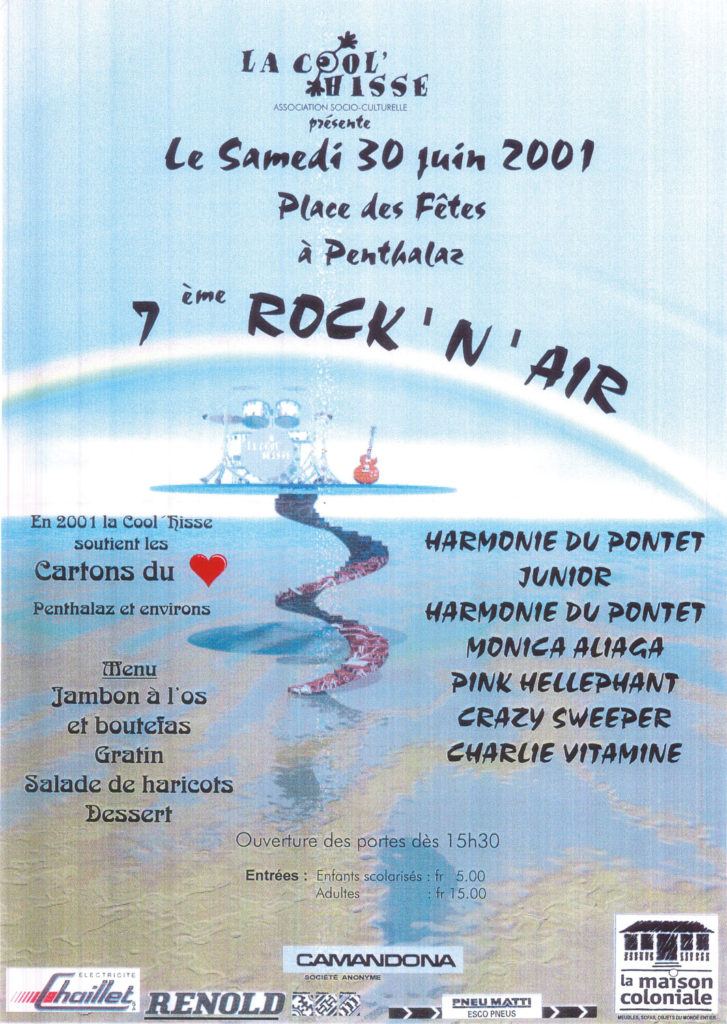 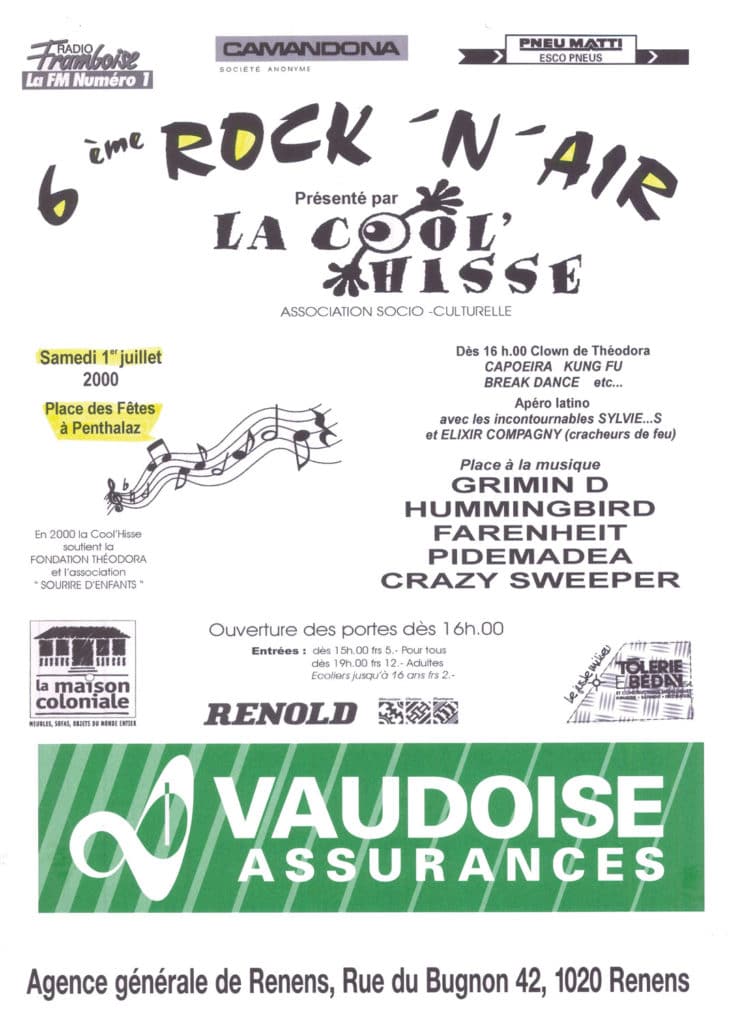 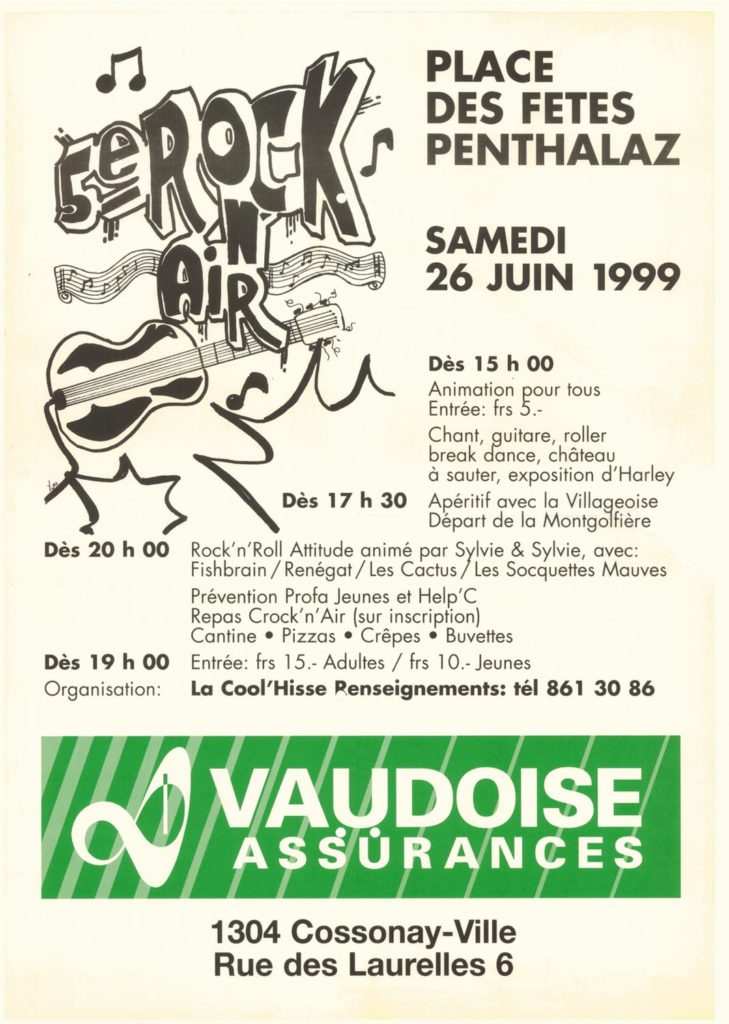 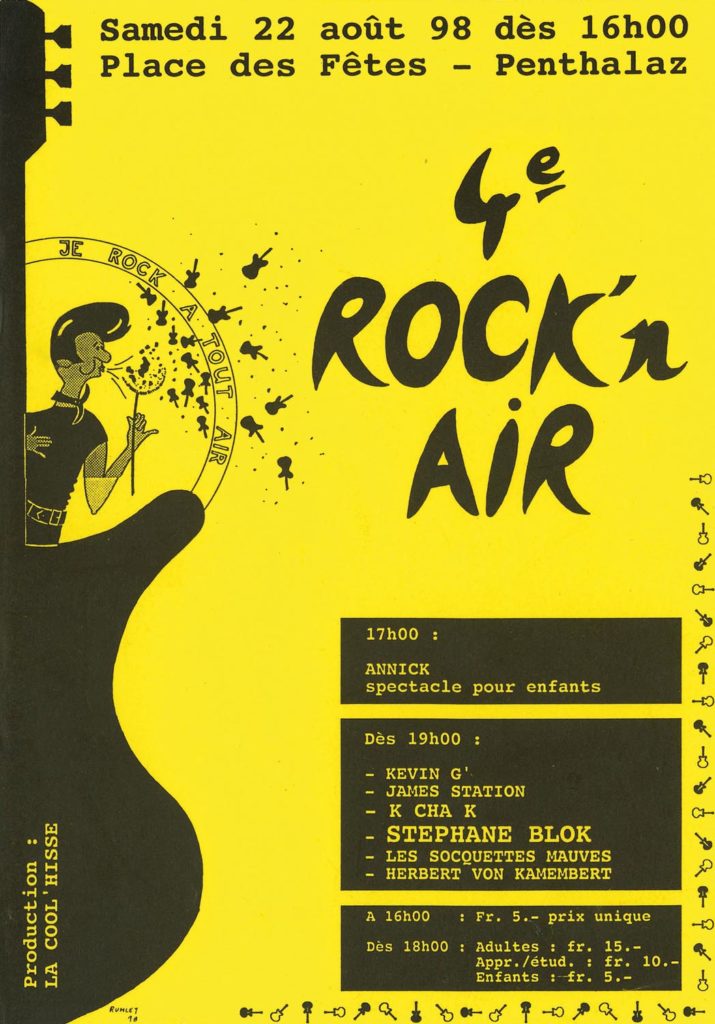 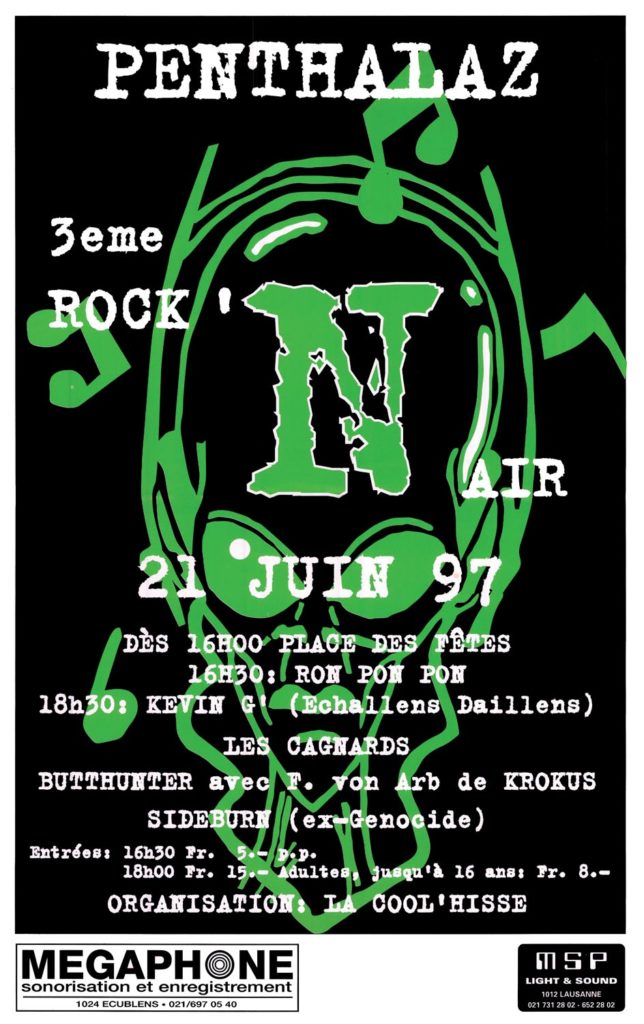 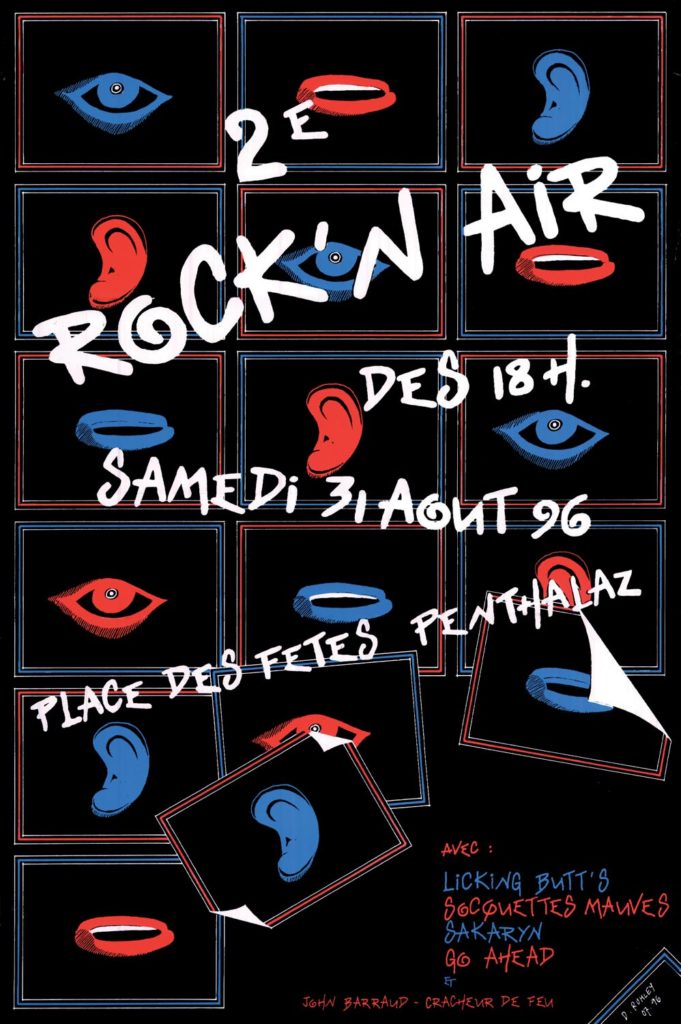 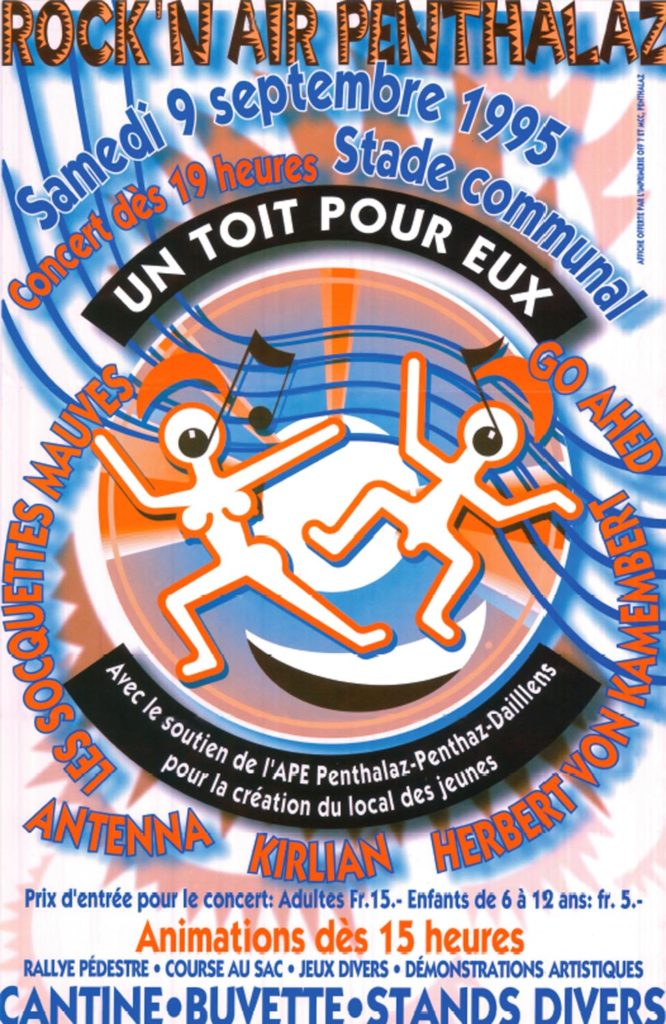